Why do schools continue to struggle with racism?

According to the article, teachers can judge the behaviour of black students more harshly than while pupils, new research has suggested.

A study by researchers at Stanford University examined the reaction of secondary and primary school teachers in the United States to student race.

In their study, which is published in the journal Psychological Science, Professor Eberhardt and her colleagues presented teachers with fictional school records.

These records described two instances of misbehaviour by a student. The teachers were asked about their perception of the severity, how irritated that misbehaviour would make them and how the student should be punished.

They were also asked whether they saw the student as a troublemaker and if they could imagine themselves suspending that pupil in the future.

The researchers found that racial stereotypes had little impact on the teachers’ views of the pupils after one infraction.

However, the second piece of misbehaviour was seen as ‘more troubling’ when committed by a black student rather than a white one.

Do cultural debating expectation differences contribute to the schools struggle with racism?

Blacks communicate in debates by becoming high-keyed, animated, interpersonal, and confrontational while middle-class Whites communicate in debates by becoming low-keyed, dispassionate, impersonal, and non-challenging. The differences in Black and White debating behaviors can cause classroom arguments that escalated to harsher discipline for Black students.

Some in-class arguments between teachers and Black students are a product of the Blacks system of language socialization that involves students talking, which gets others in the group to listen and respond. Black students are inclined to talk back when motivated by what a teacher says. Black students may become so impressed with the speaker, such as a teacher, that students will want to hear the speaker again due to an interest in how it was said.

Black students also exhibit affective classroom behavior that can influence positive teacher-student classroom relationships. Urban Black students want to create the appropriate mood and setting before beginning to work on a task by asking the teacher to repeat the directions. Blacks will argue for recognition of unsuccessful efforts toward completing a task while many teachers do not expect Black students to interrupt the class by talking to their neighbors and speak without raising their hands.

Educators assume quiet students are successful and receive rewards for making teaching an easier task. Teachers respond to students talking in the classroom without permission by ordering, reprimanding, involving students in work, and naming the student. When a teacher yells, uses harsh words, shames, degrades, or embarrasses a student, such behavior influences all students.

Teachers who use coercion, an attempt to manage students by applying sanctions such as detention, suspension, and corporal punishment, are ineffective when working with resistant students. Resistant students view this as the boss using coercion and become the teacher’s adversaries.

Teachers can offset the negative outcomes associated with verbal communication problems by: 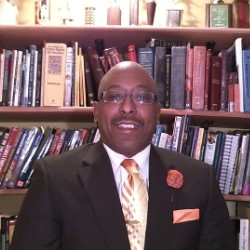