How should Suwannee School District respond to recent racial allegations?

In a recent article, Suwannee School District residents attended a recent school board meeting to voice their opposition to recent racism. The school board meeting was well attended with the inclusion of several local civic organizations. The responses to the allegations by Suwannee School District representatives falls short of the expectations of a school district that desires to enhance the education of all students.

Suwannee County Ministerial Alliance Director, Alfonso Ross, stated, when services are done on a biased or discriminatory basis, a breach is established and trust between the school system and citizens is null. At the current time, we believe that our current school system has become unhealthy, toxic, disgraceful, disrespectful and distasteful when it comes to handing out justice to our students in an equitable way.”

Ross spoke of “three poisons” in the school system: injustice, discrimination, and “business as usual. It is evident that these three toxic variables bring cover-ups, hiding of justice, and hiding of the truth. When a system is unhealthy, it jeopardizes an entire community and that system must be fixed. … A broken system cannot be fixed by hiding behind politics, religion, how long we’ve known someone or how well we think we know someone, or trying to protect someone’s reputation where protection is not justified. This broken system must be fixed by laying the truth on the table and letting the chips fall where they may.”

Ross added he hoped he had brought awareness to the board and the district, and stated: “We, as concerned citizens, parents, and spiritual leaders, will no longer sit back and tolerate injustices towards certain students – whether black, white, red, olive, male, female, gay, straight, rich, or poor.”

The representative for the NAACP, Lesley White, spoke about alleged discriminatory practices and what they call the public’s lack of trust in the school district. He had one demand which is the removal of a certain teacher from Suwannee High School.

The incident that NAACP representative Lesley White referred to was when local parent Shalonda Baker said her son was beat up by another student last October in what she is calling a hazing incident at Suwannee High School. She states her African American son was participating in a wrestling training event after school Oct. 6, when he went to get a drink of water and was told to get in the back of the line by other student-athletes.

According to Baker, her son was hit twice in the mouth with a closed fist by a team member. Baker claims former SHS wrestling coach David Laxton sent her son home walking and bleeding and with a concussion.

SHS Principal Ted Roush wrote in a letter dated Oct. 14 that the incident occurred in the after school wrestling conditioning practice and that following the altercation, Laxton failed to make contact with Baker and failed to notify school administration. As a result, Laxton was reportedly suspended with pay through Oct. 20, 2014, according to Roush’s letter.

School board member Jerry Taylor responded by stating, “We’re training people; we’re addressing these things. We’re not just sitting blindly and turning a blind eye to what’s going on. We’re seeing needs in our district and we’re trying to reach out and meet those needs … That’s one thing that bothers me when I hear something like what I heard here tonight. I’m not saying what this man [Ross] said wasn’t true, but it ain’t all true. We’ve got people that lay it on the line everyday. There’s people in this room that do things for kids that we’ll never know about.”

The present response by the Suwannee School District is inadequate and it will not be a surprise if a investigation by the United State Department of Education Office of Civil Rights finds discrimination to be prevalent. 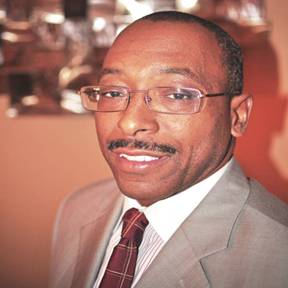 22 thoughts on “How should Suwannee School District respond to recent racial allegations?”